Supporters of marijuana reform in Ohio hope our state marijuana laws will change for the better, in line with the clear nationwide trend toward reform. But, it’s not likely Ohio will become the next to legalize recreational pot. Instead, medical marijuana may be the first change ushered in.

According to CantonRep.com, 55 percent of Americans admitted to supporting legalized marijuana in a CNN poll just last week. This is up from two years ago when a similar poll put the figure at 43 percent. Attitudes towards pot are changing, as 35 percent said they believe using marijuana is immoral—half the amount who held this belief in 1987. 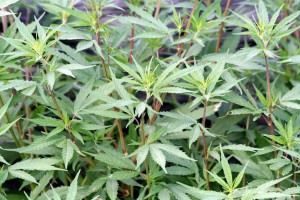 Overall, Americans are more open-minded than ever to legalizing cannabis both for medical and recreational purposes. But, this might not be enough for all out legalization in Ohio—yet.

“Every state has a different personality and Ohio has always been more conservative in these areas than other states,” said Rep. Kirk Schuring, R-Jackson Township. “Even if it was taken to the people through the initiative petition process, I don’t think it would prevail. I definitely don’t think it will see the light of day in the general assembly.

While Schuring thinks such legislation would stand a better chance at the ballot, he still doesn’t think it would pass there.

Currently, two pieces of possible change are making their way to the ballot. The Ohio Alternate Treatment Amendment and the Ohio Cannabis Rights Amendment are both petitions that would make medical marijuana a possibility in our state.

For a petition to be put on the ballot, it needs about 385,000 signatures. But, that still isn’t always enough. Three ballot issues have been cleared by Ohio Attorney General Mike DeWine before, since 2011, but stalled before being put before voters.

Advocates are just holding out hope that one will make it.

“They’re each a little bit different but, overall, if either one of them make it onto the ballot, it would pass,” suggests Rob Ryan, president of Ohio NORML. “There is no doubt in my mind. I would bet a year’s salary on that.”

Other pieces of legislation have tried to make their way through the state’s lawmakers, but failed. Similar bills have been introduced each of the last four legislative sessions, as a matter of fact, with nothing actually happening with any one of them.

Though it’s not likely we’ll see Ohio end marijuana prohibition this year, we could see changes if the medical marijuana initiatives make it to the ballot. And if Colorado and Washington offer any lessons, it’s that a medical marijuana program can warm a state to the possibility of all-out legalization.