Seventeen-year old Tyler Pagenstecher is facing the likelihood that he will be incarcerated until he is 21, for his role in a marijuana trafficking ring that supplied high school students and others with their pot. The smart teenager, who made all A’s and B’s at Mason High School, seemed to be a normal teen, skateboarding and playing video games, but he was allegedly in charge of several lieutenants and made some serious cash pushing marijuana. 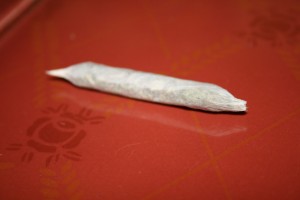 According to the Huffington Post, the teen was in charge of getting pot to the high school kids, and the ring he played a “significant role” in sold as much as $20,000 worth of pot every month in his wealthy suburb.

Tyler, six teenage lieutenants he had charge over, and seven adults were arrested. The group grew pot in a furniture warehouse and two suburban homes. Cops seized 600 marijuana plants with an estimated $3 million street value when they broke up the group. Tyler himself was found with $6,000 in cash.

It seems some of his friends knew what he was doing and others merely suspected it due to the money he had. While he didn’t flash it, spending money only on video games and similar things, he did allude to the fact that he didn’t need a “regular” job.

According to reports, the teen began dealing pot when he was just 15. He didn’t initially deal to students and instead sold the marijuana from his mother’s home. Police don’t believe his mom knew anything of the operation and neighbors just assumed he had many friends coming and going.

One high school teacher from the neighborhood said that marijuana is as common as drinking in the upscale community, that students of all backgrounds partake.

One cop called Tyler the most successful teenaged drug dealer he’s ever encountered—an accolade that likely wasn’t meant as a compliment.

The majority of marijuana offenders do not get the benefit of juvenile court. Instead, they are handled in the criminal courts of Ohio, where penalties are often much more severe. A drug trafficking charge can be a felony and carry multiple years in prison.

If you are charged with a marijuana offense or a more serious cocaine trafficking charge, we may be able to help. Contact our offices today to discuss your case.