In the majority of DNA exoneration cases, eyewitness testimony played a significant role in the wrongful conviction. In other words, though the testimony from a witness can be convincing to a jury, it’s unreliable. Human memory is fallible. While you would think this knowledge should lead to more careful application of such testimony, that simply isn’t the case.

In a recent Ohio murder case, eyewitness testimony was even more controversial than usual because the witness didn’t speak a word, but their identification helped lead to a conviction. 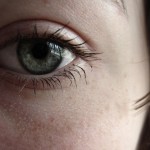 According to ABC News, 35-year old Ricardo Woods was recently sentenced to 36 years to life in prison for murder, felonious assaults and weapons charges. Before the murder victim passed he was paralyzed and attached to a ventilator, unable to speak. Yet police questioned him and, according to the prosecutor, got him to identify Woods as his assailant.

The police had the victim blink twice for “no” and once for “yes”, asking a series of questions. They also held up a photo of Woods and asked if he was the one who assaulted the victim. In response, the victim “responded with pronounced blinks.”

“Police set up these rules, and they asked him a series of questions,” said Wood’s attorney Kory Jackson. “There are times he doesn’t blink at all in response to questions. There are times he blinks more than three times, so it is often unclear what exactly he is trying to communicate.”

In other words, his eyewitness testimony was perhaps even less credible than other already-questionable identifications.

Obviously, Woods attorneys are planning an appeal to the conviction and subsequent lengthy sentence.

Not all evidence in a criminal case is black and white. Short of video evidence with the suspect clearly identified and committing the crime in question, there is always the possibility that the evidence doesn’t tell the whole story, and it’s the job of a defense lawyer to discover the holes in the evidence and counter it in court.

If you are charged with a crime, even something as minor as drug possession, a defense attorney is there to help ensure your rights are protected at every turn. Contact our offices today to discuss how we might be able to help you.