The “Portsmouth cocktail” is how pain clinic owner George Adkins and his clients referred to the prescription one would typically get at Adkins’ Greater Medical Advance. Officials say the clinic that Adkins owned doled out prescription painkillers out to people who likely didn’t see a doctor, didn’t have a diagnosis, and even showed up to their appointments “stoned”. 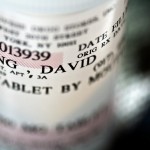 The Associated Press reports that Adkins was sentenced last week by Scioto County Judge William Marshall. Marshall sentenced Adkins to 10 years for the charges against him including five felonies including drug trafficking, corrupt activity, and forgery.

The clinic was the last of its kind in Scioto County, and it was shut down in December 2011. It was located in Wheelersburg but was said to attract clients from all over Ohio and beyond. Previously, there were more than a dozen of such pain clinics in the county, providing prescription drugs to locals and beyond.

In Adkins’ clinic, patients would come in to receive addictive pain medication and instead of being greeted with a full exam and consultation of their pain problems, it’s believed they would simply pass out prescriptions. Reports indicate that the patients could receive larger prescriptions by simply paying more.

Business was so good, that clinic managers had to put a sign on the door, limiting the number of customers that could come at a certain time. Couples and roommates would sometimes receive the very same prescription, indicating that not everyone who received pills were even seen.

During one nine-month period, over 14,000 prescriptions were written at the clinic.

Prescription drug crimes are coming under closer and closer scrutiny in Ohio and surrounding states, as it’s been widely spread that these are the new drugs of choice. But, as it get more and more difficult to obtain prescription drugs, there’s an even greater chance that people will begin turning to heroin, a highly potent but cheap relative of the prescription opiates.

Several large cities across the U.S. have noted an increase in heroin busts and overdoses, and many law enforcement officials say it’s a direct result of the prescription drug trade.

The pain clinic scam started years ago with Florida pain management clinics, or “pill mills” receiving a lot of attention. Florida later toughened up it’s laws and the trade moved north, to Georgia, Kentucky, and here in Ohio.

Where there is demand, and access, there are always unscrupulous medical professionals who will skirt the law and medical ethics to make a buck. There was a recent doctor across the border in Pennsylvania also convicted of writing a high volume of medically unnecessary pain prescriptions.

Whether you are caught with heroin or a fraudulent prescription, you can bet on being arrested and prosecuted. And when you are facing time for a drug charge, you need an experienced advocate on your side. Contact our offices today to discuss the details of your case and how we might be able to help.