Privatizing the prison system may seem like a good idea to officials who are mostly interested in the bottom-line. But, the Corrections Corporation of America is in the business of making money, not helping people. So, it shouldn’t be any surprise that the Lake Erie Correctional Institution has been plagued with reports of poor conditions since the CCA took over last year. 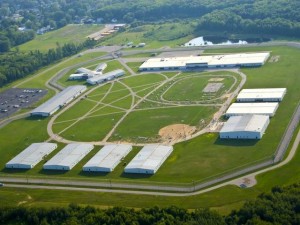 CCA paid the state of Ohio nearly $73 million in 2011 to take over the prison last year. The company convinced state officials that the move would be just the beginning of a long and growing relationship. But amid these recent allegations, one can only hope Ohio officials think twice before expanding the friendship.

According to the Huffington Post, state audits have revealed some troubling trends. Inadequate staffing, delayed medical treatment and “unacceptable living conditions” including lack of running water and toilets, are just a few of the concerns. Furthermore, there has been an uptick in crime in the area of the prison as an increasing number of people have been caught trying to smuggle alcohol and drugs in.  Local police responded to nearly 230 calls to the prison last year—and that’s almost four times as many as the past five years combined.

The private prison industry has lobbied states as a smart, and budget friendly way to manage their prisons. While several states have taken the CCA and other up on their rock-bottom prices, others are cautious. And the situation at  Lake Erie Correctional Institution should serve as a warning.

“This is not a bargain for the states,” said criminal justice expert Michele Deitch of the University of Texas School of Public Affairs. “The longer the contracts are, the more likely you are to give rise to poor conditions and problems. It gives the states very little leverage to demand improvements.”

For their part, CCA said that they are improving and that turning the prison over to them was a smart move for the state.

It was the first (and hopefully last) private prison deal for the state. CCA didn’t only get the prison and any potential profits from it (yes prison industry can turn a profit), but they did so with a 90% occupancy rate guarantee from the state. That is, the state guaranteed that they will provide enough inmates to keep the prison 90% full at all times.

While the state can renegotiate this occupancy rate at a later time, until that happens, they will need to supply a steady stream of inmates. You have to wonder about about the state of Ohio will choose to meet it’s obligation to provide enough criminal convicts.

The prison industrial complex is alive and well.