If you had drugs in your car and you saw a sign that police were conducting a drug checkpoint ahead, what would you do? Many people would simply exit or turn around before they reached the checkpoint. That’s what Mayfield Heights police are counting on as they use fake checkpoints to try and identify those people who evade them. But, their scheme may not be legal.

According to Reason Magazine, the checkpoints themselves are okay. Using fake DUI or drug checkpoints is nothing new. But, stopping someone for simply avoiding the area is not legal or legitimate. 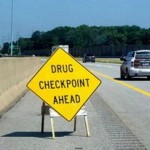 Previous court rulings on similar law enforcement tactics have found that there must be more than a simple evasive action to warrant a stop. For instance, if I make an illegal U-turn to avoid the checkpoint, the police would be justified in stopping me. However, if I simply take the next exit, the stop may not be legal.

For instance, in one Missouri case, the highway patrol set up a fake checkpoint and when cars tried to avoid the location, officers followed those without out-of-state plates, looking for reasons to stop them. One driver, who made a U-turn and pulled onto the roadside, was stopped because those additional actions made the officers suspicions warranted and the stop legal. A federal appeals court ruled the “act of exiting just after the checkpoint signs may be considered as one factor in the totality of circumstances, although it is not a sufficient basis standing alone to justify a seizure.”

In other words, additional evidence must be present that would warrant a stop.

A similar case found a stop unreasonable when a driver exited the highway upon seeing checkpoint signs, pulled into a driveway were he did not seem to live, and look “started” when he saw the patrol car behind him. In that case the 8th Circuit court determined the evidence wasn’t sufficient for a stop. He hadn’t broken any additional laws and his evasive behavior wasn’t suspicious enough.

While the Plain Dealer reports that the stops being executed by Mayfield Heights police are legal, that likely isn’t true. Unless crossing the center median of the highway (which 3 of the stopped vehicles did) constitutes a law violation worthy of stopping a driver for in itself, any charges that result from these stops could be successfully challenged in court.

If you are charged with a drug offense and you question the tactics of police in your arrest, call for a legal consultation today.