A Hamilton County Ohio Judge is hearing applause from across the country after his ruling that said speed cameras installed in one local village were nothing more than a sham to collect revenue, not increase public safety as they would have you think. 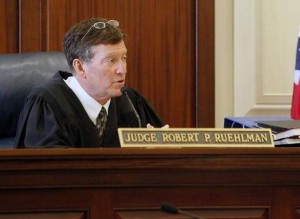 The ruling came a few weeks ago and was in regards to Elmwood Place, a small section in Cincinnati  Judge Robert Ruehlman wrote a scathing response to the speed cameras installed there, calling the system a “high-tech game of 3-card Monty.”

The issue in Elmwood Place, like several other towns and areas within the state of Ohio and elsewhere, is that the cities are “selling” these cameras to the people as public safety tools when in all actuality they seem to be nothing more than revenue generators.

In Elmwood Place, the cameras have raised $1.5 million in the short time they’ve been there. The village hired a company out of Maryland to install the cameras last July in exchange for giving them a cut of the proceeds.

Like other cities, officials in Elmwood Place say revenue generating is completely secondary to public safety, but their cameras are having unintended consequences. Many people are avoiding the village altogether for fear of getting slapped with a $105 ticket. Business owners say the diversion of traffic is affecting their bottom line as the town rakes in more cash.

Typically, a speeding ticket issued from a traffic officer could be met with payment or contesting it in court. In the cases of these camera-generated tickets, citizens have the option of challenging the ticket in an administrative hearing, something Ruehlman calls a “sham”. Not to mention the hearings cost $25.

Ruehlman was able to strike down the camera system in Elmwood Place because the village didn’t display proper signage. Such cameras are being used throughout the state, though, and not all jurisdictions have failed to post signs. Some are collecting millions off of cameras whose reliability is seriously questionable.

Like a surveillance camera, a speed camera doesn’t always tell the whole story. One piece of evidence can’t make a case. The totality of the circumstances must be used to tell the entire story—whether you’re talking about a significant drug case or a criminal traffic offense.

The bottom line is this: even camera footage doesn’t have to be a nail in the coffin of a criminal case.

And, major kudos to  Judge Ruehlman for being on the side of the people.