Two Ohio jurors in Franklin County in the past 15 months have been dismissed for using social media or internet access while on a case. According to the Columbus Dispatch,  neither were penalized beyond the dismissal, yet similar situations can lead to criminal charges in other states. 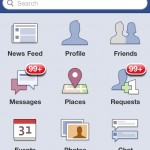 Unauthorized and inappropriate use of social media is growing problem in courtrooms across the country. No matter where you are, using your phone, tablet, or laptop to research, tweet, or update a Facebook status while serving on jury duty jeopardizes the defendant’s right to a fair trial and is grounds to be kicked off of the jury. In California, however, you could end up with a contempt charge and a hefty fine. While it hasn’t gotten to that point here, it could if jurors continue to violate a judge’s orders.

Judges used to  only have to tell jurors once: “Don’t talk about the case; don’t do outside research.” But now that everyone walks around with a permanent internet connection in their hand, they are forced to say it again and again.

In Franklin County, one juror was dismissed for looking up a legal term on her tablet computer. Several months earlier, another juror was released for doing similar research.

It’s almost an automatic reaction in modern days—to grab your phone and look up anything that piques your interest or puzzles you. But such research is off-limits when serving jury duty on a criminal case.

Last year, 6 percent of federal district judges said they had dismissed one or more jurors for using social media while on the jury. Thirty percent of judges confiscated cell phones or other devices during deliberations, and 22 percent took them at the beginning of a trial.

The Ohio State Bar Association and Ohio Judicial Conference wrote instructions in 2010 suggesting that judges repeatedly warn jurors—before the trial begins, at the conclusion of each day, at the end of the trial, and periodically throughout the proceedings.

So, why all the fuss? Defendants are guaranteed the right to a fair trial. Information about the case must come from those present in the courtroom in order to ensure this. Limiting access to the Internet and outside sources is all done with the defendant in mind.

When you are charged with a crime, you need someone looking out for your rights, whether it’s the right to a fair trial or your protection against unreasonable searches and seizures. A local criminal defense lawyer is the person to help advocate for your best interests and protect these rights at all junctures.

Contact our offices today if you are accused of a crime in Ohio. Whether it’s drug possession or something as serious as assault—we may be able to help.