Two Ohioans traveling through Tennessee were recently stopped for their Ohio State Buckeye sticker. The cops came to their vehicle with body armor and guns in hand, asking why the elderly duo would have a “marijuana leaf” on their bumper, much to the surprise of the couple.

The story of the stop has hit newspapers across the country. People are laughing at the ignorance of the drug enforcement cops in the case. After all, if your job is to stop drug traffickers and users, wouldn’t you know what a marijuana leaf looks like?

“It’s just amazing that they would be that dumb,” said 65-year old Bonnie Jonas-Boggioni, an Ohio native living in Texas. 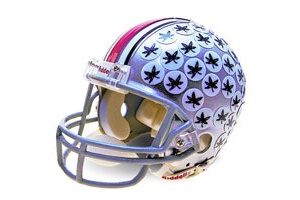 When they pulled her and her husband over, they asked her in all seriousness why she would be driving with that sticker on her car. When she explained, the officer told her that another cop had reported her vehicle as possibly carrying marijuana, that the sticker was possibly some sort of signal that this was a drug runner’s car.

There are so many reasons why this story illustrates the stupidity of the drug war in general, not only the cops who thought the elderly couple would mark their car with a marijuana leaf to indicate that yes, they were transporting pot.

Two blacked out SUVs pulled over the couple. The police were in body armor and holding weapons. These were obviously the vehicles of drug enforcement officers, not your typical state trooper or traffic enforcement officer. These are the cops that are the worker bees of the drug war.

It doesn’t seem that they asked to search the vehicle. Apparently, they were satisfied when 66-year old Guido Boggioni showed them his commemorative Buckeye sweatshirt with the same symbol on it. 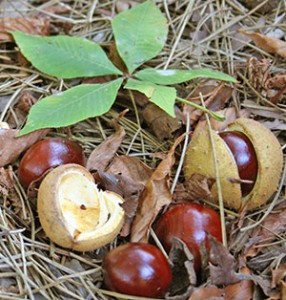 But let’s say, for fun, that the leaf was a marijuana plant.

With marijuana advocates everywhere you look now, there are certainly some vehicles driving around with pot leafs, just as there are teenagers with pot leafs on their shirts. Does this somehow indicate a marijuana trafficker? Not hardly. Sure, a police officer could surmise that your support of marijuana would likely make you a smoker, but that isn’t enough probable cause to justify a warrantless search.

When it comes to fighting this failing drug war, the police will come up with what they can to justify their searches, hoping that they can come up with something, anything, that will give them cause to arrest you. But, not a Buckeye leaf nor a marijuana leaf is enough.