Compared to 10 years ago, things are looking better for people accused of nonviolent offenses. Ohio judges are doing things differently and, in some counties, sending fewer people to prison. Add this to the number of alternatives available and the decreasing crime rate, and the state correction’s system is seeing one of the largest shifts in history.

According to the Cleveland Plain Dealer, Cuyahoga County in particular is changing. Ten years ago, about one-fourth of all inmates sent into the Ohio prison system were from Cuyahoga county. Now that figure is closer to one-in-six. 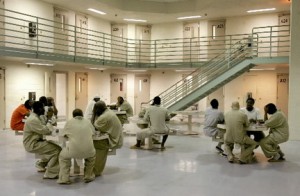 Officials say there are several reasons for this and people accused of non-violent drug offenses are a big part of the reason.

There are more programming options available now than there were before. This means someone accused of drug possession or even theft driven by a need for drug money can get help rather than just a prison sentence. More drug courts, mental health dockets, and community-based correctional facilities have all changed the way judges do business.

When people are offered this help and they take advantage of it, the recidivism rate goes down. That means those who receive treatment rather than just a prison sentence are less likely to reoffend. This pushes the already sinking crime rate down even further.

“Prison is not an appropriate response in every case,” said Cuyahoga County Common Pleas Judge Joan Synenberg. “Violent offenders who rob, shoot and kill, yes, a prison cell awaits. Years of analysis have established that for low-level recidivists, we need to dig deeper and address the issues that brought offenders into the criminal justice system in the first place. It is all about reducing recidivism and protecting our streets.”

Another factor in the changes—state officials want counties to keep as many of their inmates as possible, and this is usually the lower level offenders. When jails are stressed to their limit, counties seek out alternatives and the opportunity for community based rehabilitative options grows.

A less-noticed trend, points out the Plain Dealer, is that smaller counties are sending more people to prison. These counties have fewer options available so any spike in crime will result in more sent to prison.

Where you are has a lot to do with the outcome of your case. If you are charged with drug possession or drug distribution, we may be able to help. Contact our offices today to discuss your case and the legal options available to you.