Being caught with marijuana in Ohio can be scary. Because marijuana laws vary greatly from state to state, you are probably unsure of what kind of punishment you will be facing. Anytime there is a potential for a jail sentence, you are entitled to feel frightened.

Many people get caught in possession of marijuana. It is one controlled substance that has a low risk for dependency and Ohio law treats it accordingly. If this is your first offense of this kind, you have little to worry about.

However, if this is your first time within the criminal court system, it is understandable that you would be stressed and worried about what the outcome may be. Your safest first move is to retain qualified counsel who can help you wade through the Ohio criminal courts system and come out with a positive outcome.

We have defended cases just like yours in Ohio. We know the courtroom players and have gained respect within the legal community. We can be your advocate in a system that can sometimes seem overwhelming.

Possession of marijuana in Ohio has been decriminalized to a certain extent. This just means that for minor possession charges you will not be prosecuted aggressively, and won’t face harsh penalties.

If you are caught with less than 100 grams of marijuana, you will be cited with a “minor misdemeanor” and pay a fine of $100.

When you are caught with more than 100 grams, the offense becomes a criminal matter and you will face more serious charges. 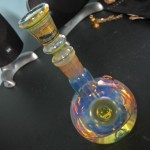 Possession of drug paraphernalia associated with marijuana (pipes, water bongs) is a minor misdemeanor, as is possession of under 100 grams.

This passed as Senate Bill 337 and went into effect on Sept 28, 2012. Previously, this offense was a categorized as a fourth degree misdemeanor.

If you are charged with attempting to sell or actually delivering marijuana, the penalties are raised. However, if the amount is less than 20 grams you will only face a minor misdemeanor charge and $100 fine.

However, if you are caught trying to deliver or sell any amount greater than 20 grams, you could be facing serious felony charges and a lengthy prison term.

Can I Avoid Harsh Penalties on a Marijuana Offense in Ohio?

Yes, in many cases you can. Ohio criminal courts are typically lenient on first time offenders and offer pre-trial diversion and other sentencing alternatives to qualified defendants. Call for a consultation on your marijuana charge so we can discuss the alternatives that may be available to you.

The goal is usually to avoid a permanent criminal record that can follow you for life, and prevent you from getting a job, a scholarship, a house or apartment, or any future negative impact that could result from a public criminal conviction on your record.

And of course, as part of our legal defense consultation, we will thoroughly evaluate your case and look for every opportunity to get the charges dismissed completely. If there was any suspected misconduct or illegal behavior by the police, we will immediately file a motion to dismiss the charges against you.

Once we know the specifics of your case we can better determine what your best defense options are, and what kinds of penalties you might be facing if you are found guilty.