The Ohio Court of Appeals recently handed down a decision it didn’t want to. They ruled in favor of the city of Dayton, saying that police officers were justified in raiding a home, knocking down the front door with a battering ram to apprehend a suspect who had failed to use is turn signal.

The case began in December 2011, when two Dayton officers saw a gold Oldsmobile belonging to Jeffrey Lam turn without using the turn signal. The officers followed him. Knowing Lam liked to run from the police, they waited until he had parked his car before turning on their lights. Lam ran from his vehicle and into his home, locking the door.

The officers tried to kick in the door and when that didn’t work, they used a battering ram. Once the door was opened, they searched the home in the interest of “officer safety” and found drugs. 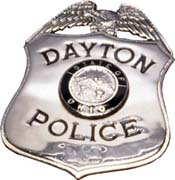 Lam’s attorney argued at trial that the officers didn’t have enough cause to enter the home without a warrant, that a failure to signal a turn was hardly justification. The Court of Common Pleas judge disagreed, saying that barring the officers from entering was another offense entirely. Obviously, that decision was appealed.

Bound by precedent, the Appeals Court judges were forced to follow the previous ruling of the state supreme court, who had allowed such a forceful entry in a similar case. But, they followed their ruling by asking the state’s high court revisit their decision.

“Although we are bound by supreme court precedent, we have reservations about permitting police officers to chase a suspect who is known to have committed only a minor traffic violation and to forcibly enter into his house, in the absence of exigent circumstances. This may be the unusual situation where legal reasoning has plunged off the slippery slope or where the exceptions have swallowed the rule,” said Judge Jeffrey E. Froelich writing for the three-judge panel.

Until the case is brought before the state supreme court, the ruling stands.

There was no reason the cops couldn’t have waited for a warrant if they thought apprehending Lam was that important. But this case shows how one questionable ruling by a high court can affect cases for years down the road.

If you are facing charges, whether for misdemeanor drug possession or a felony assault, you need a local defense lawyer on your side. Contact our offices today to discuss your case and how we might be able to help.