The car chase that ended in the police shooting deaths of two unarmed Cleveland adults should have never happened, or at the very least, it should have never went that far. Not only because common sense should have taken over, but because the officers involved were told to back off, to end the chase, before it ever ended on that dead-end road where the men died. 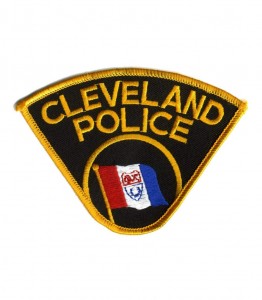 The chase lasted 26 minutes, and it began when an officer believed he was shot at by one of two occupants of a Chevrolet Malibu, 43 year old Timothy Russell or his passenger 30 year old Malissa Williams.

The chase ended in East Cleveland at Heritage Middle School where the duo was killed by a barrage of more than 137 bullets from 13 officers. Investigators found no weapon or spent shell casings in the vehicle. In other words, there was no justification for the chase.

Recordings from police radios revealed after the fact, that officers were told to stop. While Police Chief Michael McGrath initially said he didn’t believe any supervisors told officers to abandon the chase, recordings proved otherwise.

According to the Cleveland Plain Dealer, about 20 minutes into the chase, you hear two different voices on the recordings. One says, “No cars have permission to pursue.” Another, “Fifth district cars, terminate the pursuit.”

It isn’t clear if the instructions were directed at solely 5th district officers or not, though the “No cars have permission to pursue” seems to clearly address all officers.

Police chases are a frequent hot-button topic, as they are high-risk and rarely worth risking a life over. Still, some officers get caught up in the “thrill of the chase” and don’t want to let go of their potential “bad guy”.

This particular incident ended with the car driving onto an access road outside of the middle school. The duo was surrounded by 13 police cars. 137 rounds were fired into the car. Both were killed—Russell ended up with 30 rounds in him while Williams had 20. Their offense, aside from running from police has yet to be determined.

While this is an extreme example, the police often go to extreme ends to “get their guy.” And when you are the person being pursued by the police, the entire event can be traumatic, to say the least.

Still, you have rights. Contact our offices today to discuss the details of your case and how we might be able to help.