The poor shouldn’t be incarcerated simply because they are poor. But according to the American Civil Liberties Union (ACLU), that’s happening in Ohio, where the inability to pay fines means jail time in many jurisdictions.

According to an investigation from the ACLU, Ohioans who are unable to pay court fines are often arrested and held without a hearing. This means someone who simply doesn’t have the money to pay their bills could wind up in jail for a traffic ticket or other minor offense.

“The use of debtors’ prison is an outdated and destructive practice that has wreaked havoc upon the lives of those profiled in this report and thousands of others throughout Ohio,” said the ACLU. 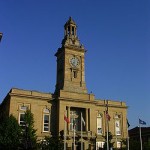 The ACLU filed their findings with the courts involved and with Chief Justice Maureen O’Conner of the Ohio Supreme Court. Most of the judges contacted said the matter would be further investigated and changes would be made if warranted.

“The report shows how, day after day, indigent defendants are imprisoned for failing to pay legal debts they can never hope to manage,” said the report. “In many cases, poor men and women end up jailed or threatened with jail though they have no lawyer representing them.”

Typically, if fines go unpaid, a defendant should have the opportunity to explain to the court why. If they are experiencing a legitimate financial hardship and are unable to pay, the court should accommodate this by making payment arrangements or other similar considerations—not by locking them up without hearing their side.

Too often, for poor defendants, it seems like justice is just out of reach. But no matter who you are, you have rights. Contact us today to discuss your charges—whether they are for drug possession or something like assault.